Is exercise on an empty stomach really going to help you lose fat faster? Some people claim it’s the secret to weight loss, while others say it’s no better than exercise done after a meal. Who’s right?

Back in the day, I used to do a lot of fasted cardio, mainly because I believed that working out on an empty stomach would help me lose fat faster.

I’d been reading Body-for-LIFE by Bill Phillips, and fasted cardio was one of the things he recommended. The idea was to skip breakfast, work out on an empty stomach, then leave an hour after your workout before eating anything.

At the time, Phillips claimed that fasted cardio would burn 300% more fat than the same amount of exercise done after eating.

As it turns out, the benefits of fasted cardio aren’t as great as was once believed.

That’s not to say there are no benefits at all. But if you’re doing fasted cardio to lose fat, and you think it’s going to make a big difference to the speed at which that fat is lost, chances are you’re going to be disappointed with the results.

Let’s start at the top.

What Is Fasted Exercise?

Fasted exercise refers to exercise performed in a fasted state, where your body is no longer processing or digesting food. It’s usually done first in the morning before breakfast.

The argument in favor of working out on an empty stomach is that you’ll lose fat faster than if you’d done the same amount of exercise later in the day after a meal.

Because you haven’t eaten anything, blood sugar and insulin levels are low, creating the perfect metabolic environment for fat to be burned.

On the flip side, critics say that fasted exercise increases your risk of muscle loss. Working out while fasting, they say, will just eat away at the muscle you’ve worked so hard to build.

So who’s right? Will working out on an empty stomach help you lose fat faster? Or will it put you on the fast track to muscle loss?

Most studies show that working out on an empty stomach leads to more fat being burned than the same amount of exercise done after a meal [3].

In one study, researchers got a group of men to go for a morning run, either before or after breakfast [1]. Skipping breakfast and doing cardio in a fasted state led to a 20 percent increase in the amount of fat burned during the workout.

Rather than looking at the amount of fat burned during exercise, researchers from Japan’s University of Tsukuba went a step further and measured it for an entire day [2].

Doing cardio before breakfast burned a total of 1142 fat calories, compared with 608 fat calories when the same amount of exercise was done after lunch.

Over a 24-hour period, working out while fasting led to almost twice as much fat being burned compared to a day where the exact same workout was done after lunch.

Fasted exercise has also been shown to decrease the amount of weight gained during six weeks of overfeeding.

Subjects given a carbohydrate-rich breakfast approximately 90 minutes before working out gained roughly twice as much weight, most of which was fat, compared with those who exercised on an empty stomach [4].

The same group of researchers report that fasted cardio leads to a number of beneficial metabolic adaptations not seen with exercise in a fed state, most notably a greater increase in the ability of muscle to burn fat for fuel [5].

Working out on an empty stomach also alters the activity of various genes involved in fat metabolism compared to the same amount of exercise done in a fed state [6], with the researchers concluding that “feeding before exercise blunts some of the health-related changes induced by exercise training.”

So, there you have it.

More fat is burned when you exercise in a fasted state. Not only that, but working out on an empty stomach increases the amount of fat burned over a 24-hour period, as well as altering the expression of various genes involved in getting you lean, mean and ripped.

If you want to lose fat as fast as humanly possible, fasted cardio is most definitely the way to go.

Not necessarily. And here’s why.

A pre-exercise serving of whey protein, for example, has not been shown to impair fat oxidation during exercise, despite raising insulin levels [7].

Over time, your body will adjust the rate at which it burns fat and carbs. That’s why it’s important to look at how fasted cardio affects fat loss over a period of weeks and months.

What happens to fat metabolism during a fasted workout, or even for several hours after exercise, doesn’t paint a complete picture.

There are only a handful of studies to look at the long-term effects of fasted cardio on body composition. All show much the same thing. Doing your workouts on an empty stomach is unlikely to have much of an impact on the speed at which fat is lost.

When a team of researchers looked at the effect of four weeks of cardio performed in a fed or fasted state, it was only fasted cardio that led to a decrease in body fat percentage [8].

At first glance, this looks to be a ringing endorsement for working out while fasting. But when you dig into the detail, the results are a lot less impressive.

In fact, the amount of extra fat lost – less than one half of one pound – was very small. Any differences between the groups could have been down to the fact that body fat callipers, which aren’t very accurate, were used to track changes in body composition.

In a follow-up study, 20 young women were assigned to one of two groups: a fasted group that performed 50 minutes of walking or jogging three times a week after an overnight fast, or a group that ate breakfast before exercise [9].

The meals were provided in the form of a shake that contained 250 calories (40 grams of carbohydrate, 20 grams of protein, and 0.5 grams of fat).

After four weeks, there was no significant difference in the amount of fat lost between the two groups.

In a similar trial, this time using HIIT rather than steady-state cardio, researchers from Canada’s McMaster University looked at the impact of fasted versus fed exercise in two groups of overweight and obese women [10].

Both groups performed 18 sessions of sprint interval training for six weeks. They also consumed an identical breakfast (an energy bar, yogurt, and orange juice, which provided a total of 439 calories) on training days.

After six weeks, both groups lost an average of 1.3 pounds of fat. But there was no difference in the amount of fat lost between the fed and fasted groups. Women who hit the gym before breakfast lost no more fat than women who exercised one hour after eating.

In short, the beneficial effect of fasted exercise on fat metabolism doesn’t translate into a significant increase in the rate of fat loss over time [11].

The Potential Benefits of Fasted Cardio

This doesn’t mean there are no benefits to fasted cardio, and it may provide an advantage for certain people in certain situations.

The idea is that purposely doing some of your training in a fasted state, with low glycogen stores (the name for carbohydrate stored in your body) can boost performance when you eventually compete with carbohydrate reserves fully restored [13, 14].

But, that’s more as a way to improve performance for the endurance guys, rather than to drop fat more quickly.

Bodybuilders have been using fasted cardio as part of their pre-contest preparations for decades. In some (but not all) cases, training and nutrition practices that have survived for many years do so because they’re effective.

While fasted exercise doesn’t appear to affect the total amount of fat you lose, it may increase the amount of fat lost from certain areas of your body.

After an overnight fast, subcutaneous (under the skin) abdominal fat is being broken down more quickly, possibly because of lower insulin levels and an increase in blood flow [15, 16].

This increase in blood flow has a couple of potential benefits.

For one, hormones that trigger the breakdown of stored fat will have an easier time getting to the fat cells in the first place. Second, once the fat has been mobilized, an improved blood flow makes it easier for the free fatty acids to be shuttled away and oxidized, or burned off, elsewhere.

While working out on an empty stomach is unlikely to help you lose more fat compared to the same amount of exercise performed in a fed state, it may have an effect on regional fat loss, making it easier to get rid of fat from certain areas of your body.

Fasted Exercise to Lose Fat: Yes or No?

So, what’s the bottom line? Should you work out on an empty stomach or not?

If you’re doing it because you think it’s going to help you lose fat faster, then no.

There’s very little research to support the idea that fasted exercise is dramatically more effective for fat loss than the same amount of exercise done after a meal.

But on the flip side, there’s no compelling evidence to suggest that working out before eating increases the risk of muscle loss either.

If you don’t like fasted exercise, and doing so makes it less likely that you’ll make it to the gym on a regular basis, there isn’t much point in switching to morning workouts solely for their fat-burning benefits.

Staying consistent with your training trumps most other things when it comes to getting in shape, and you need to pick a training time that works for you.

Whether or not you work out on an empty stomach or after a meal is a decision that can be left to personal preference. As far as improving your body composition is concerned, there doesn’t seem to be any great harm or benefit to one or the other.

If you want to lose your gut, without having to follow a set of complicated and confusing diet rules, cut out entire food groups, or eat foods that you don’t like or have never heard of, Gutless will show you how it’s done. 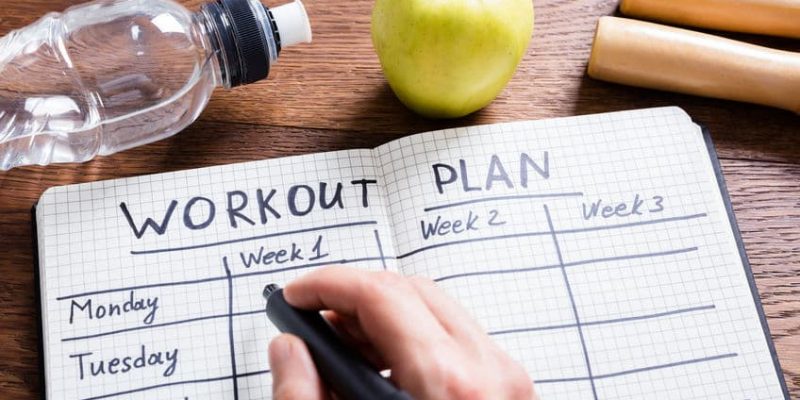 This is ideal for people who want help with their diet and training program, but don’t need the whole thing built from scratch. I’ll look at what you’re doing in forensic detail, and show you how to adjust it so that no mistakes are being made.

END_OF_DOCUMENT_TOKEN_TO_BE_REPLACED 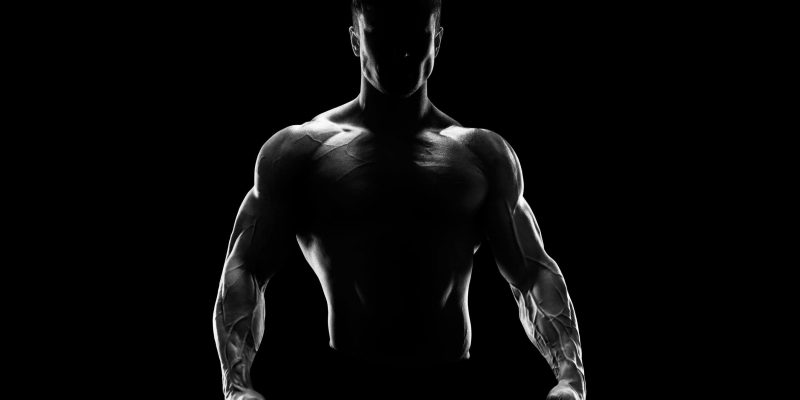 MX4 was designed to help you build muscle as fast as humanly possible without wrecking your joints. It’s perfect if regular training programs seem to leave you with nagging aches and pains in your knees, shoulders, elbows or back.